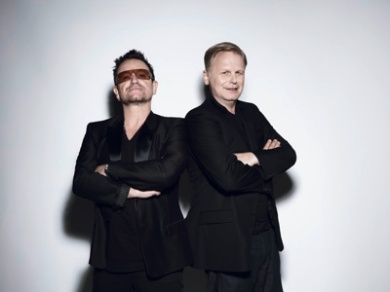 Herbert Groenemeyer is Germany’s most successful recording artist ever, with album sales of over 18 million. Two of his albums — Bochum (1984) and Mensch (2002) — became the biggest German-language sellers in history, although in the United States, he is mainly known for playing Lieutenant Werner in the critically acclaimed film Das Boot, not as a recording artist. That may change with the February 2012 release of his new album I Walk that features his international hit duet with Bono, “Mensch.”

In support of the new album and to introduce Herbert to U.S. audiences, there will be American performances in New York and Chicago, and a public television special will air in those markets as well during pledge weeks. The first broadcast will air on New York’s WLIW on December 3 at 9:30 pm and replay on December 8 at 8:00 pm. It will also be broadcast on Chicago’s WTTW on December 9 at 8:00 pm. Additional broadcasts will begin in January.

This entry was posted on Monday, November 26th, 2012 at 4:24 pm and is filed under International Media. You can follow any responses to this entry through the RSS 2.0 feed. You can leave a response, or trackback from your own site.